Enyo Law acted for the Bank of Portugal in the Supreme Court following intervention in the Court of Appeal.

The dispute relates to a c$835m facility ("the Oak Facility") that was made available to Portugal’s second largest private bank, Banco Espírito Santo S.A ("BES") in 2014. Shortly afterwards BES announced first half losses of over €3.5bn, and the Bank of Portgual ("BdP"), in its capacity as the Portuguese resolution authority, issued a decision ("the August 2014 Decision") that created  Novo Banco ("NB") and which, at Annex 2, determined which assets and liabilities of BES would transfer to NB by reference to a number of classes of excluded liabilities. In December 2014 BdP issued a further decision, again acting as the Portuguese resolution authority ("the December 2014 Decision"), determining that the liability associated with the Oak Facility ("the Oak Liability") had not transferred to NB, on the basis that it was an excluded liability. As a matter of Portuguese law and unless overturned in the Portuguese Administrative Court by a final decision (res judicata), the December 2014 Decision was binding for all parties and effective as at 3 August 2014. Goldman Sachs Limited ("GSI"), who had originally proposed the Oak Facility, made representations to BdP and contended that the Oak Liability was not an excluded liability. However, having considered GSI’s representations, BdP issued a further decision in February 2015 which confirmed the December 2014 Decision.

On 26 February 2015 various parties which alleged to had invested in notes linked to the Oak Facility ("the NZ Claimants"), together with GSI (which had been assigned the right to bring the claim by two Oak Facility noteholders), issued proceedings in the UK against NB. The NZ Claimants and GSI contended that there had been a default under the Oak Facility in December 2014, and that NB had succeeded BES as the debtor by virtue of the August 2014 Decision and was therefore responsible for the repayment of the Oak Facility. In response, NB applied to have the proceedings set aside on the basis that the English court had no jurisdiction to determine the claims, and that the August and December 2014 Decisions were binding as a matter of Portuguese law unless overturned by the Portuguese Administrative Court (where, in early 2015, the NZ Claimants and GSI had also sought to challenge the December 2014 Decision).

The NZ Claimants and GSI were successful at first instance and NB’s application for the proceedings to be set aside was dismissed by Mr Justice Hamblen. Permission to appeal that decision was granted and, at that stage, Enyo Law was instructed by BdP to seek permission to intervene at the Court of Appeal hearing. The appeal took place on 27 and 28 July 2016 and BdP’s Counsel team made submissions at the hearing. The Court of Appeal unanimously allowed the appeal, though one of the judges adopted a slightly different route in reaching the same conclusion as the other two judges.

The NZ Claimants and GSI sought to appeal the Court of Appeal’s decision and were granted permission to appeal to the Supreme Court.

Once again, BdP was given permission to intervene and to make submissions. The Supreme Court hearing took place over two days on 17 and 18 April 2018 and the judgment dated 4 July 2018 can be found here. 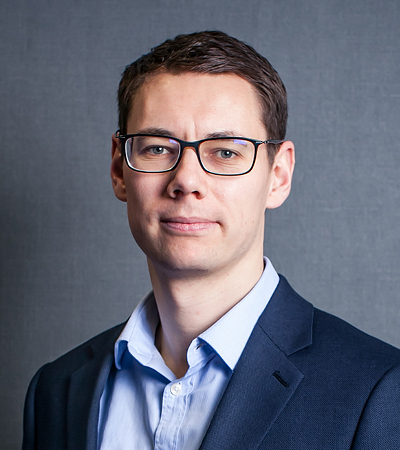