Further clarity provided on the application of the Disclosure Pilot

In this second blog article concerning the application of the Disclosure Pilot (the first can be found here), we consider two recent High Court decisions which have provided further guidance as to its interpretation:

The two decisions provide important guidance as to how practitioners should expect the Court to deal with issues of disclosure in cases commenced prior to 1 January 2019 (the commencement date of the Disclosure Pilot).

The wider case concerns a shareholders dispute in relation to Sheffield United Football Club. This decision relates to an interlocutory application in which the Applicant (Sheffield United) challenged UTB’s claims to privilege asserted over certain documents and sought disclosure of additional documents.

Paragraph 1.3 of PD51U states that the disclosure pilot “shall not disturb an order for disclosure made before [1 January 2019]. Further guidance is set out in 51.2.10 of The White Book 2019 which states, “The Pilot does not apply to any proceedings where a disclosure order had been made before it came into force unless that order is set aside or varied.” Based on the foregoing, both parties in these proceedings assumed that Sheffield United’s application for disclosure would fall within CPR 31 as the order for standard disclosure had been made prior to 1 January 2019.

However, Vos J made it clear in his judgment that the provisions of the Disclosure Pilot will apply to all proceedings within the Business and Property Courts irrespective of when they were commenced.

He referred to paragraph 1.2 of PD51U which plainly states, “The pilot applies [from 1 January 2019]…to existing and new proceedings in the Business and Property Courts.” However, Vos J, who is also the editor in chief of The White Book, did accept that the guidance set out in the White Book is therefore, at least in part, wrong. He drew a distinction on the one hand where an order for disclosure would not be disturbed by the provisions of the disclosure pilot and on the other where the disclosure pilot would not apply to any proceedings where a disclosure order has already been made.

The upshot of this is that PD51U refers to concepts and categories of disclosure which are not included in the provisions of CPR31, for example, Extended Disclosure and the List of Issues for Disclosure. However, Vos J said that these principles would simply be applied by the Court in a manner which makes them as compatible in relation to applications for disclosure orders in proceedings issued after 1 January 2019 as it will in relation to applications for disclosure made in cases where disclosure was already ordered under CPR 31 before 1 January 2019.

Vos J granted permission for certain of the draft amendments proposed by Sheffield United which properly raised points which were not controversial but which may be relevant to what orders should be made and should not require additional evidence.

The Applicant, Sheffield United, sought disclosure of five categories of documents, two of which the Respondents had asserted privilege over.

In terms of the categories of privileged documents, Vos J considered the following issues:

Vos J referred to the decision in WH Holding Ltd & Anor v E20 Stadium LLP [2018] EWCA Civ 2652 which held that the Court has “broad discretion” in determining whether to inspect documents over which a party claims privilege. However he noted the need for caution and the “dangers of looking at documents out of context.”

He said that this need for caution is addressed in paragraph 14.3 of PD51U which states that the Court may inspect a document over which privilege has been asserted in circumstances where it is “necessary” to determine whether the right to withhold disclosure exists.

In this case, Vos J determined that it was necessary for him to inspect the privileged documents. He cited the following reasons for reaching this decision:

Vos J set out a number of specific provisions for consideration:

Vos J said that in considering whether to grant an order for Extended Disclosure, the court had to consider whether the application is “reasonable and proportionate having regard to the overriding objective” (paragraph 6.4 PD51U). He said that each of the factors set out in this paragraph should be given weight and considered against the backdrop to the application.

Vos J said that he was concerned that the parties had not taken its obligations to act with proportionality and cooperation sufficiently seriously in this case. He said that Extended Disclosure is not something that should be used as a tactic, let alone a weapon, in hard fought litigation. He said rather it is about the just and proportionate resolution of the real issues in dispute. He was critical of the parties conduct and specifically commented that the Respondent had “sought to construct an edifice of mistrust as to the disclosure process from small and often insignificant building blocks.”

Further categories of documents for disclosure

Vos J refused the application for Extended Disclosure of the further three categories of documents on the basis that it was not reasonable and proportionate having regard to the overriding objective; disclosure of the documents had no probative value; and disclosure was unlikely to assist in the resolution of the central issues in the case.

In Sheikh Mohamed Bin Issa Al Jaber v Sheikh Walid Bin Ibrahim Al Ibrahim [2019] EWHC 1135 (Comm), the issue before the Court was whether an application for the disclosure of documents brought in December 2018 under old CPR 31.14 (before the commencement date of the Disclosure Pilot) should now fall under paragraph 21 of PD51U of the CPR.

Counsel for the Applicant argued that the old CPR 31.14 should apply because the Applicant’s rights had crystallised at the time the Application was made. The Applicant therefore had a vested right to proceed under the previous procedure. Sir Ross Cranston, sitting as a High Court Judge, rejected the Applicant’s arguments, finding that it was more appropriate to view the rights of the Applicant as inchoate, crystallising only on an order of the Court.

Cranston J set out three reasons why, in his view, PD51U should apply to the Application:

Both Judgments indicate that the Courts are engaged with the Disclosure Pilot and willing to enforce the changes brought about by it. Vos J in UTB made clear that the introduction of the Disclosure Pilot was “intended to effect a culture change” and that it is “not simply a rewrite of CPR Part 31,” whilst Cranston J in Sheikh Mohamed cited policy reasons for applying it. Practitioners will need to adapt quickly to this new culture to avoid criticism and falling into the old and familiar order of CPR 31.

Parties should also take note of Vos J’s emphasis on the need for proportionality which he said “needs to be engaged at every stage of the process.” He specifically referred to paragraph 7.3 of PD51U which states that only the key issues in dispute should form the Issues for Disclosure and the disclosure issues do not therefore extend to every issue disputed in the Statements of Case. 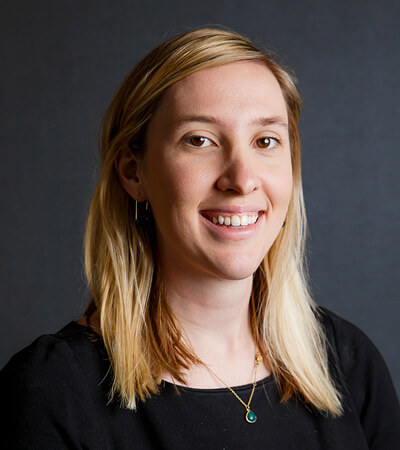