On 23 July 2019, the Court of Appeal handed down judgment in Sabbagh v Khoury [2019] EWCA Civ 1219, the latest decision in the long-running family saga concerning the Consolidated Contractors Company (CCC), the largest engineering and construction company in the Middle East, whose projects include the Landmark Tower in Abu Dhabi and the UAE Presidential Palace.

Of note, the judgment confirms that the English court retains a power under section 37(1) Senior Courts Act 1981 to restrain an arbitration with a foreign seat and a foreign supervisory court. Whilst it is clear this power is to be deployed only in exceptional circumstances, the decision raises questions of the English court’s obligation to give effect to arbitration agreements and to respect the jurisdiction of foreign supervisory courts.

The full judgment can be found here.

The claimant in the underlying proceedings is Sana Hassib Sabbagh, the daughter of the late Hassib Sabbagh who co-founded CCC with Said Khoury (and another) in the 1950s. Hassib suffered a stroke in 2002 and died intestate in 2010. Under Lebanese law, Sana was entitled to one third of Hassib’s estate, along with each of her two brothers.

Relations between Sana and her brothers broke down. In 2013, Sana commenced proceedings in the Commercial Court against them, as well as against other members of her family, members of the Khoury family (including Said Khoury, who passed away not long after proceedings were issued) and associated companies. The claims pertained to asset misappropriation and attempts to deprive Sana of shares in CCC. Sana relied upon the residence of one defendant (the Chairman of CCC, then resident in London) as anchor for the purposes of Article 6(1) Brussels Regulation.

In March 2014, a number of the defendants initiated arbitration proceedings in Lebanon, naming Sana as a respondent. The Lebanese arbitration sought determinations overlapping with Sana’s share claim (but not the asset misappropriation claim). Sana disputed the jurisdiction of the Lebanese tribunal, and declined to take part in the arbitration.

The Defendants were successful in part at first instance (the first instance judgment can be found here). On appeal, the decision was overturned and it was held that the English court had jurisdiction on the basis that (amongst other things) neither the asset misappropriation claim nor the share claim fell within the terms of the arbitration agreement (the Court of Appeal judgment can be found here).

Following the successful appeal, Sana applied to the Commercial Court for an injunction restraining the Defendants from taking any steps to prosecute the Lebanese arbitration, from seeking recognition or enforcement of any award made in the arbitration and requiring them to take steps to stay the arbitration.

“The High Court may by order (whether interlocutory or final) grant an injunction or appoint a receiver in all cases in which it appears to the court to be just and convenient to do so.”

The Court’s powers under section 37(1) can be used to prohibit conduct that would be vexatious and oppressive, including in appropriate cases to restrain the pursuit of foreign court proceedings (South Carolina Insurance Co v Assurantie Maatschappji “De Zeven Provincien” NV [1987] AC 24).

In the more usual case, this will involve the restraint of foreign proceedings in favour of an agreement to arbitrate which is seated in England. The power is not, however, limited to such cases. Prior to Sana’s case, Section 37(1) had also been invoked to restrain an arbitration with a foreign seat and a foreign supervisory court on a handful of occasions.

In those cases, it was generally held that “[e]xceptional circumstances may... justify the English court in taking such action” (Weissfisch v Julius [2006] EWCA Civ 218, [2006] 1 Lloyd’s Rep 716). There was no clear guidance on the meaning of “exceptional circumstances”. It was held to include the alleged forgery of a signature on the applicable agreement to arbitrate (Naza Motor Trading Sdn Bhd [2007] EWCA Civ 1124, [2008] 1 Lloyd’s Rep 1). Otherwise, the case law is not particularly developed.

At first instance, Sana’s application for an anti-arbitration injunction was successful. Of apparent importance to the Judge’s ruling:

Of particular importance in the context of the circumstances in which the English court will intervene in the supervision of arbitrations with a foreign seat and foreign supervisory court was the Judge’s observation that (¶49):

“I acknowledge that in the present case the arbitrators in the foreign arbitration have themselves reached a conclusion on the question of whether there is an agreement to arbitrate so as to give them jurisdiction. But such a conclusion would always be subject to any conclusion reached on subsequent judicial consideration. In the present case there has been that subsequent judicial consideration. It has not been by a supervisory court but it has been by a court properly fulfilling its role in litigation properly before it, and in addressing a question put to it and argued before it by the parties who contended that there was an agreement to arbitrate.”

Guidance from the Court of Appeal

The decision went to appeal. The principal grounds relied upon by the Defendants which are of interest were:

As to the English court’s jurisdiction, the principal point for the Court of Appeal to consider was the compatibility of an anti-arbitration injunction with Article II of the New York Convention (the 'Convention'). Article II requires contracting states to recognise arbitration agreements and Article II.3 requires the court of a contracting state, at the request of a party, to refer the parties to arbitration “when seized of an action in a matter in respect of which the parties have made” an arbitration agreement, unless it finds the agreement to be null and void, inoperative or incapable of being performed. In England, effect is given to this provision by section 9 of the 1996 Act, providing for a mandatory stay of proceedings “in respect of a matter which under the [arbitration] agreement is to be referred to arbitration,” subject to the same exceptions as provided in Article II.3.

It was said by the Defendants that anti-arbitration injunctions were incompatible with the Convention. They highlighted that:

The Court of Appeal gave short shrift to the Defendants’ jurisdiction argument. It was held that an anti-arbitration injunction was not incompatible with the Convention (or, by extension, with the 1996 Act). It was accepted that under general principles of international arbitration law, the existence, validity and scope of an arbitration agreement will generally be matters for the arbitral tribunal (under the doctrine of ‘kompetenz-kompetenz’) or the supervisory courts of the arbitral seat, but that did not mean a foreign court would not examine these issues for itself under certain, limited circumstances. The Court of Appeal accepted that the general approach adopted is to give effect to arbitration agreements and to respect the jurisdiction of the foreign supervisory court, but held that there was nothing in the 1996 Act or Convention to preclude an English court from considering applications for anti-arbitration injunctions or from granting such relief (¶90).

As to the argument that England should be the “natural forum” for the dispute, the Court of Appeal held that this is not a precondition for an anti-arbitration injunction (¶107 and ¶109):

“An anti-suit injunction involves an indirect interference with the sovereign jurisdiction of the courts of foreign states. It is indirect, because the injunction is made against a defendant amenable to the jurisdiction of the English court, not against the foreign court itself, but its effect is recognised as nonetheless interfering with the foreign court's jurisdiction. Since this is prima facie contrary to principles of comity, it must be kept within strict bounds that can properly be said to justify such interference, and the test of natural forum is one of the key means whereby this is achieved...

Accordingly, the appeal was dismissed and the anti-arbitration injunction was effective in so far as it acted to restrain the Defendants from pursuing claims in the Lebanese arbitration which Sana had already brought before the English court and which fell outside of the arbitration agreement.

The decision confirms that the Court’s powers under section 37(1) Senior Courts Act 1981 extend, in exceptional circumstances, to the restraint of an arbitration with a foreign seat and a foreign supervisory court.

Given the Lebanese arbitral tribunal had already decided that it had jurisdiction to hear the defendants’ claims, it might seem remarkable that the English court would effect this power in Sana’s case.

However, the Court of Appeal was clear in its judgment that whilst the existence, validity and scope of an arbitration agreement will generally be matters for the arbitral tribunal, there is nothing to preclude the English court from examining these issues for itself and, in exceptional circumstances, from intervening pursuant to its powers under section 37(1). It is implicit from the Court of Appeal’s reasoning that it considered the circumstances of Sana’s case to be “exceptional”.

As to general guidance on when a Court will determine circumstances of a case to be “exceptional” so as to exercise its power to issue anti-arbitration injunctions under section 37(1), the case law is still evolving. It appears to be accepted that the court will intervene only in exceptional circumstances, but that leaves open the question of when circumstances are “exceptional”. To the extent generalisations can be drawn from only two judgments, there is commonality between Sana’s case and the judgment given in Naza Motor Trading Sdn Bhd [2007] EWCA Civ 1124:

It is clear from the judgments at first instance and on appeal that the general approach adopted by English courts remains to give effect to arbitration agreements and to respect the jurisdiction of the foreign supervisory court. Nonetheless, it is equally clear that the English court will not shy away from intervention in “exceptional circumstances”. So, does this latest judgment tip the balance away from the perception of England as a pro-arbitration jurisdiction? Given the relative rarity of anti-arbitration injunctions it is unlikely. Nonetheless, with every court intervention in arbitration “the great balancing act” must always be kept in mind, particularly as London jostles for position in the battle of the seats. 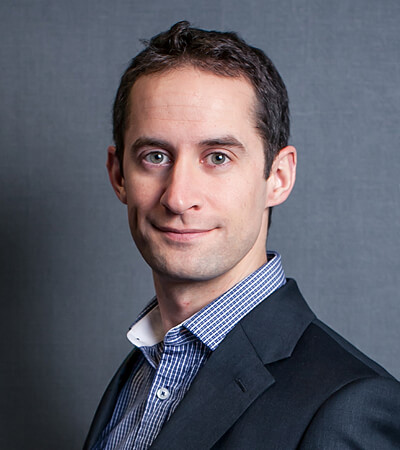