Service by post, email, and now Non-Fungible Tokens: The English Courts open the door to service by NFTs

On 24 June 2022, the English courts made an order allowing for service by alternative means. Uniquely, and for the first time, the courts allowed for service through the transfer of a Non-Fungible Token ("NFT") on the blockchain.

In D’Aloia v (1) Persons Unknown (2) Binance Holdings Limited & Others, Mr D’Aloia has brought a claim alleging that his crypto assets were fraudulently misappropriated by individuals purporting to be a legitimate online brokerage website. The alleged events are unfortunately not uncommon; Mr D’Aloia opened an account with the fraudulent platform, transferred substantial sums of crypto assets, and when Mr D’Aloia later sought to withdraw his assets, his account was blocked. He was then induced to make further deposits in order to release them, without any success.

After bringing his claim, Mr D’Aloia made an application for, inter alia, permission to serve the First Defendant, Persons Unknown, by alternative means - specifically via an airdrop of an NFT into the fraudsters’ wallets.

An NFT is a Non-Fungible Token, an entirely unique token which is embedded on a blockchain that often represents digital files such as photos, video, or audio. An airdrop is effectively delivery of the NFT to the relevant wallet. In most cases, when serving documents, the NFT is likely to provide nothing more than a hyperlink to the documents, not the documents themselves.

Service by way of post, personal service, fax or email is commonplace today and is specifically allowed by the Civil Procedure Rules. Civil Procedure Rule 6.15(1) allows the court to make an order permitting service by a method or at a place not otherwise permitted by CPR 6, as long as it appears that there is a good reason to do so. In recent years this has seen the Courts grant permission for service via novel routes such as Facebook Messenger, WhatsApp, and Instagram.

In his judgment, Trower J found that there could be no objection to service through the blockchain as it was "likely to lead to a greater prospect of [the Persons Unknown] being put on notice of [...] the commencement of these proceedings". Although there had been some communications via email with the Persons Unknown, given the nature of the fraud, this was likely the only sensible means of contacting the fraudsters. Without allowance for service via this method, Mr D’Aloia would have likely been unable to serve the fraudsters at all, creating a significant barrier to his case.

The benefits of service through this method are therefore somewhat self-evident; in situations where the identity of fraudsters is unknown and there is no straightforward means of contacting them, an airdrop is a way of notifying an unreachable party of proceedings being brought against them, a key purpose of serving documents. The fact that NFTs are unique and uneditable also prevents any arguments that documents are missing or otherwise tampered with during delivery.

However, there are difficulties that may arise. The Courts have recently considered the issues when seeking permission to serve Persons Unknown by alternative means in Barking and Dagenham LBC v Persons Unknown [2021] EWHC 1201 (QB).1 Nicklin J stated that "[i]n a claim against "Persons Unknown", the method of alternative service of the Claim Form that the Court permits must be one that can reasonably be expected to bring the proceedings to the notice of all of those who fall within the definition of "Persons Unknown"". Although Trower J did not consider this case in his judgment, it is worthwhile to consider the arguments that could be made as to whether, practically, service by NFT may fall short of this hurdle.

The key question is whether an airdrop actually puts a party on notice. Unlike service by email, where the email and documents will appear in the user’s inbox (subject to any spam filters), the arrival of an NFT to a wallet does not typically trigger an ‘alert’ to the owner of the wallet. Indeed, it may require the user to act in order to access it. It is entirely reasonable then, that a party may not discover the NFT immediately, or within good time. The only indication that a sender will have as to whether an NFT will have been interacted with, will likely be via any notifications in relation to the hyperlink.

Similarly, should a recipient actually discover the NFT, whether they would interact with it is a separate issue. Given the prevalence of ‘phishing’ tokens (NFTs airdropped which may have a harmful intent such executing malicious smart contracts), a tech fraudster may certainly think twice about interacting with a token from an unfamiliar source. It is entirely reasonable then, that the token may sit untouched indefinitely. This is, however, not an issue unique to NFTs - service by email has exactly the same problem. It is likely that a Claimant will therefore have to rely on deemed service under CPRs 6.14 and 7.5(1), assumedly from when the NFT was transmitted.

Finally, in this particular case, the NFTs were dropped into the wallets that Mr D’Aloia initially transferred his assets into. Given the ease with which wallets can be set up and assets transferred, wallets can easily, and often are, abandoned and left for dead. Mr D’Aloia had already demonstrated to the Court through expert evidence that his assets had been transferred away to new wallets. Therefore, if the wallet to which the airdrop is made has already been abandoned, the service of documents to it may well be fruitless. This does, however, further reiterate the importance of asset tracing in a crypto fraud case, aside from the obvious benefits of knowing where dissipated assets have ended up, it may well be more astute to seek the Court’s permission to serve documents on the wallets currently holding the assets, as well as those that have previously held them.

Trower J’s order makes England and Wales the second jurisdiction to approve service through NFTs, second only to the Supreme Court of the State of New York’s decision in LCX AG, -v- John Does Nos. 1 – 25.

Future victims of fraud involving crypto assets will now be able to rely on this case when making applications to seek their own orders to serve proceedings on Persons Unknown via the blockchain. As crypto fraud becomes more widespread, this will undoubtedly be beneficial in assisting the growing number of victims of crypto fraud. It also demonstrates the English Courts’ continuing desire to embrace change and the benefits of technology in legal proceedings by taking practical and sensible steps forward to assist claimants.

Interestingly, this case also held that insofar as misappropriated cryptocurrency could be identified, exchanges held that currency on constructive trust. We have issued a further blog post on this point.

1 Although Mr Justice Nicklin’s decision was overturned by the CoA, the grounds of appeal based on his findings on alternative service were dismissed ([2022] EWCA Civ 13 at 53)). 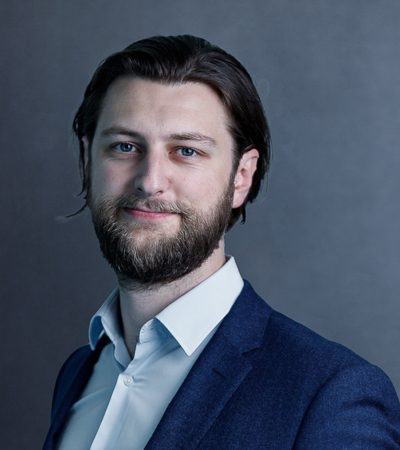