In November 2016 the Court of Appeal heard the above matter. The first instance decision, which is summarised below, attracted particular interest as it was the first judgment to come out of the newly-created Financial List. The Court of Appeal judgment was handed down on 13 December 2016.

The original hearing before Mr Justice Blair took place over the course of six weeks between October and December 2015, with judgment being handed down in March 2016. What follows is a simplified summary of the key issues that arose – the case itself was, as indicated by the length of the trial, very complex. Central to the case were 9 interest rate swaps, covering notional amounts of c€275m (“the Swaps”). These were sold by Santander to the four defendants (hereafter “the Portuguese Transport Authorities”) between 2005 and 2007. The reason the Swaps became known as “snowball” swaps was because they were structured in a way that if 6M EURIBOR went outside of a prescribed range (2%-6%), the rate payable by the Portuguese Transport Authorities would be 1.76% plus the amount by which 6M EURIBOR was outside of the range. However, the rate in the following quarter would be the previous quarterly rate plus the amount by which 6M EURIBOR was outside of the range. As a consequence, when 6M EURIBOR fell below 1% in 2009, and stayed roughly at that level, the interest payable increased dramatically over time. Although the interest rates were reset in 2011, by 2013 the interest rates being paid were circa 40%, at which point the Portuguese Transport Authorities stopped paying. Various commentators have suggested that the structure of the Swaps made them the worst trades of all time[1].

Santander brought proceedings before the English Courts pursuant to the English law and jurisdiction clauses in the underlying ISDA and swap documents, and sought a declaration that the swaps were valid. In response, the Portuguese Transport Authorities argued that:

Mr Justice Blair found in favour of Santander on all three points. Whilst he expressed doubt as to the level of sophistication at the Portuguese Transport Authorities, he found that they appreciated the risks involved with the swaps. Whilst he acknowledged that the swaps were “very risky”[2], he found that the Portuguese Transport Authorities understood the potential risks and benefits of the swaps before entering into them. Mr Justice Blair also found that Portuguese mandatory laws (such as Article 437) could not override the English governing law that the parties had freely contracted to, and that Article 3(3) of the Rome Convention did not apply in these circumstances. Part of his rationale for his conclusion was consideration of other factors that pointed towards the fact that the contract was of an international nature, rather than a purely domestic nature. Those relevant factors included the use of standard international documentations and the fact that the bank had the ability to assign its rights to a bank outside of Portugal (albeit those rights were not exercised). Mr Justice Blair also disagreed with an earlier decision between a bank and a local authority in Italy[3], which had gone in favour of the authority.

There were four heads to the appeal:

Permission was sought by the Portuguese Transport Authorities to make a reference to the Court of Justice of the European Union (CJEU) in relation to grounds 1-3 above.

In his leading judgment, Sir Terence Etherton rejected the first and second grounds of appeal. He concluded that Article 3(3) ought to be construed as a limited exception to the parties’ autonomy to elect whatever jurisdiction and governing law they wish to govern a contract between them. In relation to the second ground, the judge felt that the Mr Justice Blair had carried out an appropriate evaluative exercise in determining the relevant factors for the purposes of Article 3(3).

Having rejected the first and second grounds, the third and fourth grounds did not have to be dealt with. Nonetheless, Sir Terence Etherton stated that he disagreed with the judge’s finding that an ex post agreement not to rely on Article 437 following the occurrence of a particular risk meant that Article 437 was derogable for the purposes of Article 3(3) (and would therefore fall outside the scope of Article 3(3)). He said that derogation in the context of Article 3(3) involved a disapplication of the law in question, and that an ex post waiver of the right to rely on Article 437 was not a disapplication, but was instead a voluntary refusal to enforce rights which had arisen.

Finally, he highlighted the fact that there was no appeal in relation to the judge’s finding that obliging the Portuguese Transport Authorities to perform under the Swaps, however onerous such performance might be, would be a serious breach of good faith within the meaning of Article 437. Accordingly, Sir Terence Etherton confirmed that if Portuguese law had applied to the Swaps (which he had held it did not) then the

Portuguese Transport Authorities would have succeeded in their case that the requirements of Article 437 were satisfied.

Sir Moore-Bick agreed with Sir Terence Etherton. Lord Justice Longmore also agreed but expressed caution as to the suggestion that a force majeure provision of a national law (such as Article 437) was not necessarily non-derogable within the context of the Rome Convention. His concern was that such a test might be too wide, and could lead to too many national laws being held to be non-derogable. Nonetheless, he agreed that the first instance judge was wrong on this specific point, but said that he would prefer a case where the issue was truly essential before further clarification was provided.

Permission was also refused to refer any questions to the CJEU. It remains to be seen whether the Portuguese Transport Authorities will seek permission to appeal the decision to the Supreme Court.

The decision highlights the Court’s reluctance to intervene in a contract freely entered into between sophisticated parties. The fact that unforeseeable circumstances arose which rendered the Swaps disastrous from one party’s perspective will not be a sufficient reason for the Court to disturb the contractual provisions that the parties agreed. Furthermore, the decision reiterates the difficulties faced by a party which seeks to argue that the laws of a country other than those enshrined in the contract should apply. 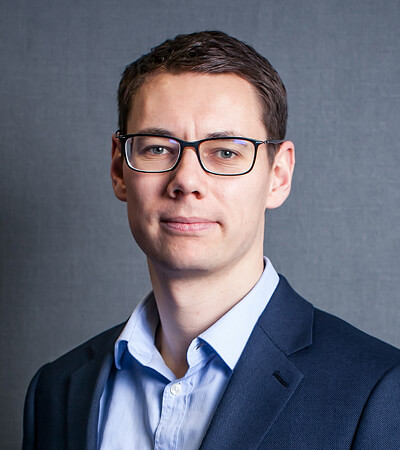