The UK government freezes approximately £1 billion of assets belonging to Muammar Qadhafi and/or members of his family; the Libyan Investment Authority is reported to have an estimated $60 billion to $80 billion invested in assets worldwide, including investments in international conglomerates and commercial property in the City and London’s West End; international bodies and governments across the globe are promising to take “firm and prompt action” to assist in the repatriation of assets allegedly diverted abroad; and the new North African regimes are launching corruption investigations against former government ministers and MPs.

The history involving regime changes indicates that the above are precursors to private actions brought overseas by Central Banks or other major state-associated entities of the above countries to repatriate value allegedly removed by members of the deposed regimes or persons benefitting from their favour.

The English Courts are likely to be involved in a substantial proportion of this litigation: the City is likely to have been a receptacle for a proportion of allegedly tainted investment, as will have been substantial commercial and residential real estate in the UK. For a prospective claimant having to elect a jurisdiction in which to bring proceedings, England offers a Court system that has extensive experience of handling this kind of litigation on a worldwide scale and an array of tried and tested measures to preserve assets pending judgment (for example, freezing orders, including those with worldwide effect, and orders for disclosure of assets and search and seizure).

The defences which may be raised by a well resourced defendant seeking to keep assets worth billions of pounds away from the claimant are likely to be every bit as resourceful and determined as the claimant’s efforts to enforce its claims. A few of these are highlighted below.

A potential defence is that the claims involve the enforcement of a foreign country’s penal or other public law and the English Courts will not entertain an action for enforcement (either directly or indirectly) of a penal, revenue or other public law of a foreign state.  The basis of this rule is that such claims involve the assertion of sovereign authority outside the state’s sovereign territory. This defence has been raised by the former chairman of a state-owned bank in Kazakhstan in proceedings for alleged fraud and breach of duty brought by the bank in question and currently progressing in the English Court. The argument was unsuccessful in this instance on the facts of that case, but the potential for its application to other capital flight cases is clear. The Court closely reviewed the law in this area and considered that it is necessary to ascertain whether the claim brought involved the assertion of a sovereign right. The Court would look at the substance of the claim and whether the central interest in bringing it was governmental in nature. Interestingly, amongst the matters not yet decided in that case is whether the proceedings are an abuse of process because they are brought for a collateral purpose of political oppression and/or because a fair trial is not possible.

A very different, but no less formidable, potential obstacle facing the claimant comes in the form of offshore corporate and trust structures, often designed to be opaque, which bear a connection with the former regime member and which appear to have been involved in the transaction in question, or are suspected to house his/her assets. In these circumstances the claimant’s attention will turn to identifying a legal basis on which to claim against the offshore entity. It is in this area that the dexterity of common law systems finds itself in a league of its own.

At one end of the spectrum are situations where the offshore structure appears to have been involved in the alleged misappropriation in issue, for example, by receiving all or part of the value transferred by the former regime member away from the claimant entity. In this situation, the claimant will potentially have a  strong hand.  It is likely that the claimant will be able to avail itself of direct claims against the offshore entity which may well form the basis for injunctive relief at the outset of litigation to preserve assets held by that entity.

At the other, where there appears to have been no involvement in the alleged asset misappropriation concerning the claimant, but the offshore structure nevertheless appears generally to house assets on behalf of the former regime member, it may be possible to pierce the corporate veil to establish a basis for a claim against the offshore structure if there is evidence indicating that it is a mere facade for the former regime member, or that his/her assets have been transferred to the structure at an undervalue for the purpose of avoiding the latter’s creditors. Either of these bases may provide the necessary platform for pre-judgment orders to preserve assets.

The ease with which assets can be transferred across borders and converted into different forms, and their real ownership concealed behind complex company and trust structures or hidden by banking secrecy laws, is well recognised internationally. It has been alleged that such practices were adopted by leaders and officials of the regimes in North Africa and the Middle East which have been ousted or have come under threat in recent weeks, and by their families. As such allegations continue to come to light in the glare of the international press, relevant state entities under the control of the replacement regimes will over the coming months and years seek redress and repatriation of assets through courts, law enforcement and regulatory authorities and international institutions.

Those advising the claimants will need to consider the full panoply of measures available in relevant jurisdictions and through international co-operation, including extradition, other mutual assistance, cross-border enforcement of orders and asset freezes. There are likely to be many financial institutions, professional trustee service-providers and intermediaries who will become caught up in such disputes and they will be concerned to comply with money-laundering requirements, avoid liability to civil claims and minimise the risk of reputational damage. Access to holistic advice from experienced professionals able to operate effectively with advisors in other countries is key. 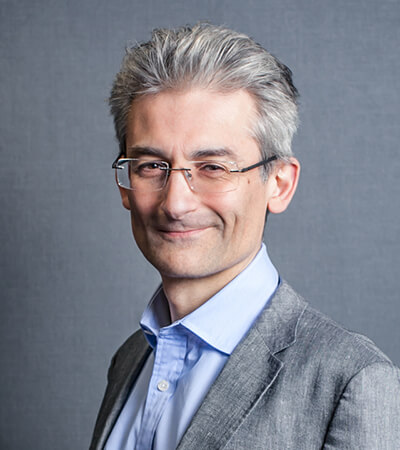