Konrad’s practice focuses on international commercial litigation and cross-jurisdictional fraud disputes. He has acted for a broad range of corporates, financial institutions and high-net worth individuals on civil fraud, banking, shareholder and restructuring matters. Konrad has particular expertise in Russian and CIS related disputes and has frequently acted in cases involving worldwide freezing orders, other interlocutory relief and enforcement measures. Konrad additionally has experience of arbitration matters across an array of institutions.

Konrad is a barrister with full rights of audience. He has experience of acting as part of the counsel team in Court hearings and in ICSID proceedings.

Konrad is ranked as a "Next Generation Partner" in Civil Fraud in Legal 500 (2022) and has also been recommended by Legal 500 for Commercial Litigation. He has been described by legal directories as a "top-quality litigator" and as having "innovative approaches to difficult legal cases."

Konrad holds an MA in Jurisprudence (first class honours) and a Bachelor of Civil Law from the University of Oxford. After training in chambers and spending two Court terms as a Judicial Clerk in the Court of Appeal, Konrad practised at US international law firms, latterly as Counsel at Boies Schiller Flexner (UK) LLP, before joining Enyo Law as a partner in February 2018. 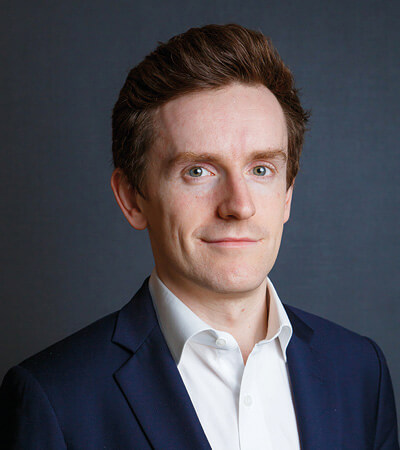