The ICC publishes its 2021 Arbitration Rules

On 8 October 2020, the International Chamber of Commerce unveiled revised Rules of Arbitration in draft form (the "2021 Rules"). The 2021 Rules will apply to all arbitrations registered after the 1 January 2021, whilst the 2017 edition of the ICC Rules (the "2017 Rules") will continue to apply to cases registered before 1 January 2021.

The 2021 Rules include many new provisions and amendments which, as emphasised in a statement by the ICC Court President Alexis Mourre "mark[s] a further step towards greater efficiency, flexibility and transparency of the Rules, making the ICC Arbitration even more attractive, both for large, complex arbitrations and for smaller cases".

Below you will find a summary of the key changes in the 2021 Arbitration Rules.

In addition, under the 2021 Rules the arbitral tribunal will consider the relevant circumstances including, but not limited to

The general provisions under Article 11 of both the 2017 Rules and 2021 Rules relate to the independence, impartiality and conflicts of interest of the arbitral tribunal. Under the 2021 Rules, Article 11(7) now requires parties to disclose third-party funding arrangements. Article 11(7) specifically states "In order to assist prospective arbitrators and arbitrators in complying with their duties under Articles 11(2) and 11(3), each party must promptly inform the Secretariat, the arbitral tribunal and the other parties, of the existence and identity of any non-party which has entered into an arrangement for the funding of claims or defences and under which it has an economic interest in the outcome of the arbitration."

This is an important new provision as the parties now have an express obligation to promptly disclose funding arrangements and echoes in General Standard 7 of the IBA Guidelines on Conflict of Interest in International Arbitration which also extends a party’s disclosure obligation to "entities having a direct economic interest in the award to be rendered in the arbitration" and suggests a further step towards increasing transparency within the cases.

The title of Article 17 has changed from "Proof of Authority" under the 2017 Rules, to "Party Representation" under the 2021 Rules. With the addition of two new provisions under Article 17, the reworked Article 17 is more aptly named.

The first new provision is Article 17(1) which requires each party to promptly inform the Secretariat, arbitral tribunal and other parties of any changes in its representation.

The second is Article 17(2) which empowers the arbitral tribunal after it has been constituted and the parties have had the opportunity to comment in writing to "take any measure necessary to avoid a conflict of interest of an arbitrator arising from a change in party representation, including the exclusion of new party representatives from participating in whole or in part in the arbitral proceedings."

This new Article 17(2) mirrors the approach of Article 18.4 of the LCIA Rules 2014 which also empowers the arbitral tribunal to withhold approval of any intended change or addition to a party’s authorised representation where such change or addition could compromise the composition of the arbitral tribunal or the finality of any award on the grounds of possible conflict of interest or other impediment.

Whilst the introduction of Article 17(2) to the 2021 Rules appears to be the ICC’s effort to protect the integrity of the proceedings, it also restricts a party’s autonomy to select a representative of its choice and therefore may not be as well-received as some of the other new provisions.

Under a new provision in the 2021 Rules, Article 12(9) provides that despite agreement by the parties on the method of constituting the arbitral tribunal, "in exceptional circumstances", the ICC Court is empowered to appoint each member of the arbitral tribunal "to avoid a significant risk of unequal treatment and unfairness" that may pose a risk to the validity of the award. What is precisely meant by "in exceptional circumstances" is likely to be determined on a case by case basis.

Empowering the ICC Court to deviate from any agreement made by the parties on the method of the constitution of the arbitral tribunal may be viewed as concerning to some, since it restricts a party’s autonomy by limiting their ability to nominate their appointed arbitrator of choice, a choice which is crucial when deciding to arbitrate.

The first is the introduction of Article 13(6) which states "Whenever the arbitration agreement upon which the arbitration is based arises from a treaty, and unless the parties agree otherwise, no arbitrator shall have the same nationality of any party to the arbitration." It appears that the purpose of this new provision is to ensure the complete neutrality of the arbitral tribunal in cases involving the public interest.

The second is the introduction of Article 29(6)(c), which states that the emergency arbitrator provisions are not to apply in circumstances where the "the arbitration agreement upon which the application is based arises from a treaty".

The addition of Articles 13(6) and Article 29(6)(c) are likely to be a response to an upward trend that shows the ICC Rules of Arbitration are becoming increasingly favourable by states and state-owned enterprises. As discussed in our blog, earlier this year, the ICC published its 2019 Dispute Resolution Statistics, which showed a 67% increase in the number of states and state-owned parties in ICC Arbitrations over the past five years.

Following the Covid-19 pandemic, the LCIA Rules were the first set of major institutional arbitration rules to be updated in August 2020 to reflect the impact of the global pandemic on international arbitration which specifically spelled out the possibility of having virtual hearing.

The ICC’s 2021 Rules follow a similar approach: Article 26(1) has been redrafted to expressly provide the option for hearings to be held remotely or by other appropriate means of communications. Ultimately, the recent amendments not only allow for the prospect of virtual hearings, but also welcome the possibility of using all forms of technology required to facilitate hearings, that will naturally only continue to develop.

Shift away from paper filings

Under the 2017 Rules, all pleadings and other written communications by any party were to be submitted in hard copy for each party to the arbitration, the arbitrator(s) and the ICC Secretariat.

Under the 2021 Rules, Article 3.1 has been amended to provide for pleadings and written communication to be "sent" to each party, each arbitrator and the Secretariat. As a consequence, Article 4(4) has been amended and Article 4(4a) which provided for the number of copies of the Request for Arbitration no longer exists under the 2021 Rules. Oddly, Article 5(3) in relation to the Answer to the Request and Counterclaims still stipulates that a sufficient number of copies of the Answer must be submitted "in a sufficient number of copies for each other party, each arbitrator and the Secretariat where the respondent requests transmission thereof by delivery against receipt, registered post or courier."

The 2021 Rules have introduced a number of other changes designed to provide further clarity, consistency or maximise the efficiency of the proceedings. For example:

The amendments to the ICC arbitration procedure set out in the 2021 Rules will for the most part be welcomed to practitioners and parties alike. The amendments to the 2017 Rules are also consistent with what has been seen implemented by other major arbitral bodies such as the LCIA.

The 2021 Rules certainly address some recent developments and ongoing trends in the arbitration space, such as an increase in the number of remote hearings in light of the pandemic, the growing trend of third-party funding and facilitation of large scale, multi-party arbitration.

Inevitably, the amendments should assist the ICC in ensuring that it continues to remain an attractive forum to administer resolution of international commercial disputes by means of arbitration for both large and complex arbitrations and smaller cases.

That said, the new provisions set out in Article 12(9) relating to the appointment of the arbitral tribunal may be a concern to some parties who place a paramount importance on being able to choose a party appointed arbitrator.

Ultimately, the significance of this provision will depend on how the ICC interpret the phase “in exceptional circumstances”, which only time will tell. 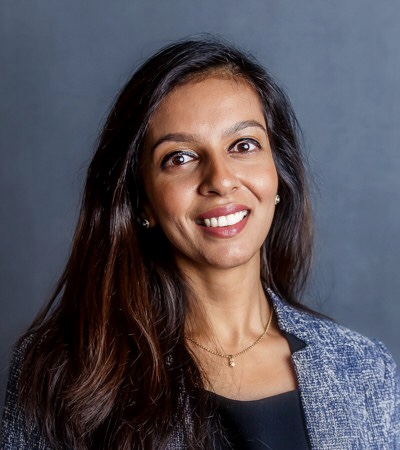